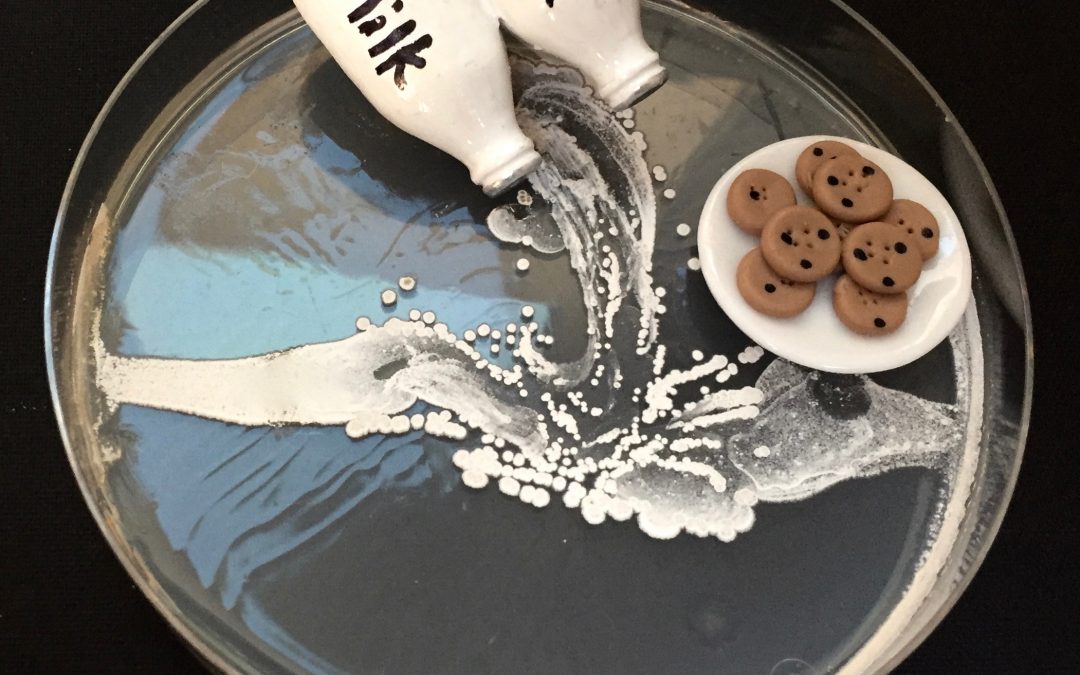 Alex Polasko, a Ph.D. student in Environmental Engineering under advisor Dr. Shaily Mahendra is a finalist in the American Society for Microbiology Agar Art Contest. Her petri plate will be on display from June 1-5, 2017 in the Exhibition Hall at the New Orleans Ernest N. Morial Convention Center, as well as, online and on Facebook.

Her submission, “Don’t Cry Over Spilt Bacteria”, pictured above was coupled with the following caption: Pseudonocardia dioxanivorans CB1190 spends its days and nights eliminating a drinking water contaminant called 1,4-dioxane. 1,4-Dioxane is a carcinogenic compound that is found in everything from detergents and shampoos to solvent stabilizers. This pollutant has seeped into our water via leaking barrels and improper disposal. CB1190 is gaining a lot of press lately because of its ability to clean contaminated water found everywhere from California to New York. It is considered a drinking water hero among the bacteria community because of its ability to grow stronger by degrading 1,4-dioxane. Its powers were only recently discovered in an industrial waste stream but have already been put to use to save H2O molecules in distress. Although CB1190 came from lowly, waste beginnings, its color is as pure and white as milk. Everybody who’s ever had warm cookies knows you can never have too much milk, When it comes to 1,4-dioxane contamination – we never cry over spilt bacteria!