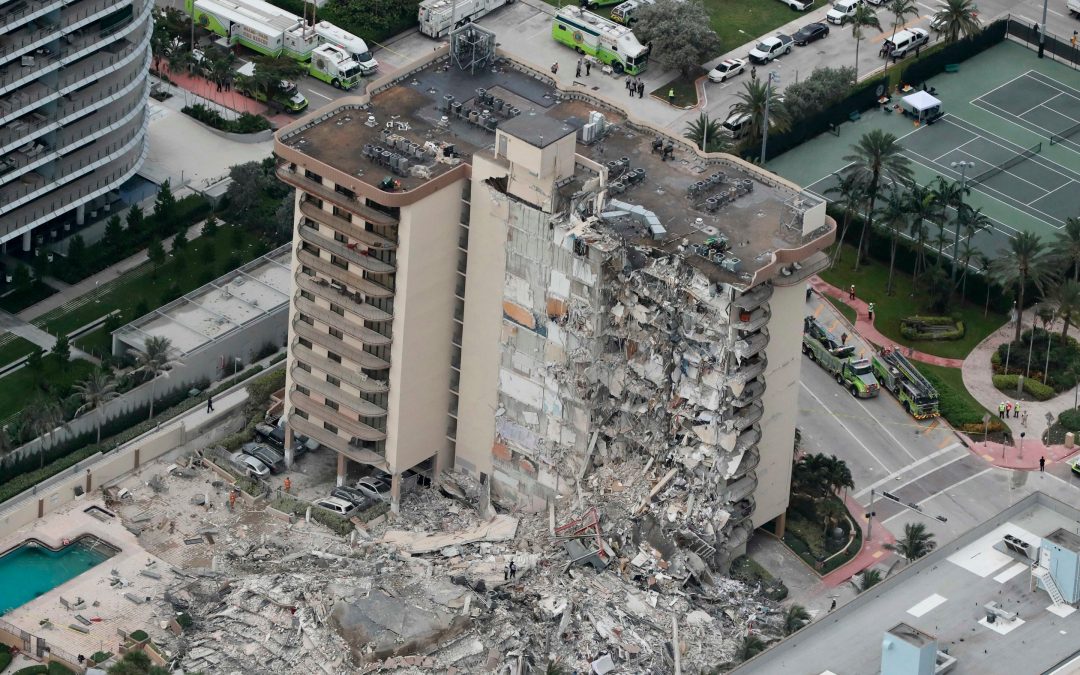 Many of the UCLA C&EE faculty members have been featured or mentioned in articles and news broadcasts since the Miami condo collapse last Thursday.

What caused the cracking isn’t known, said John Wallace, a professor of structural engineering at the University of California, Los Angeles. “It could be slow degradation over time, maybe the concrete wasn’t placed properly, it could be that the ground had moved somewhat causing it,” he said. ”It could be multiple different things.”

“It’s almost always a series of things that build up,” said John Wallace, a professor of structural engineering at the University of California, Los Angeles who has participated in multiple forensic analyses of building failures. “Each item adds additional demands upon the building. These things cascade and then it reaches a tipping point where there is this type of collapse.”

It is possible there isn’t one cause but several, engineering experts said, including multiple damage points and flaws that eventually triggered a failure. Jiann-Wen Ju, a professor of civil and environmental engineering at the University of California, Los Angeles who specializes in construction defects, likened it to someone who has a slow-moving, underlying chronic condition, that then suddenly manifests as something serious, such as a heart attack.

“That person at some point just collapses,” he said.

Professor Thomas Sabol was interviewed by two-time Emmy Award-winning journalist Kristine Lazar of CBS, which was aired multiple times throughout the day and evening on both CBS2 and its sister station KCAL9: Could It Happen Here? Expert Weighs In On California Building Codes In Wake Of Condo Collapse In Florida. Professor Sabol also did an interview with KTLA5: Collapsed Florida condo building had been shifting since 1990s, geologist says.