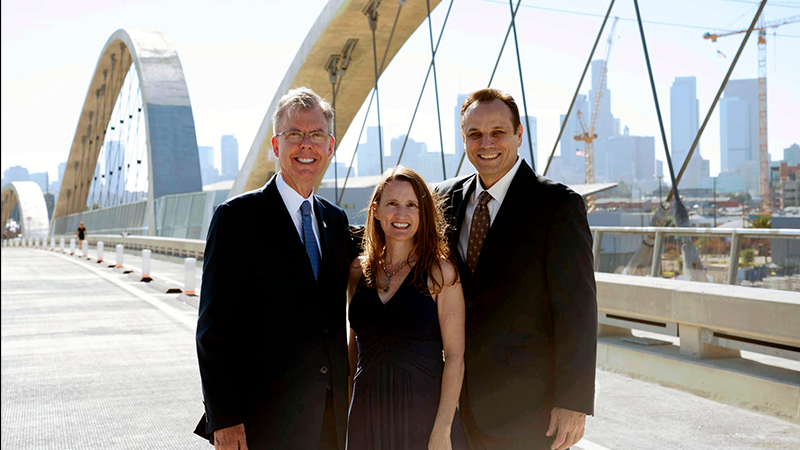 Allen served as principal civil engineer for seven years for the project. According to Allen, “It was extremely important that we created a new iconic landmark for the residents since the bridge we were replacing was so cherished by the community.”

A new Sixth Street Bridge was built as a replacement for the original one built in 1932, which had been slowly breaking down. The new bridge can now withstand a seismic event with a magnitude of 7.8 or higher.

More information can be found in the UCLA Samueli article, “Bridging the Gap: How Julie Allen ‘92 Brought LA’s Sixth Street Viaduct to Life”.

Link to the article: https://samueli.ucla.edu/bridging-the-gap-how-julie-allen-92-brought-las-sixth-street-viaduct-to-life/